Imagine if all books were written in a literal stance. Reading would be a bore! I’m delighted and thankful for inferences; when I’m reading, I transform into a detective who’s compiling all of the evidence that the author presents. Understanding inferences is a fourth-grade foundation. In the hierarchy of reading skills, it shapes a student’s critical-thinking ability. As educators, it’s crucial that we teach this skill effectively and purposefully. Inferences break through the analysis level of Bloom’s Taxonomy; typically, when students consistently use inferences appropriately it attributes to high levels of reading achievement in multiple disciplines. 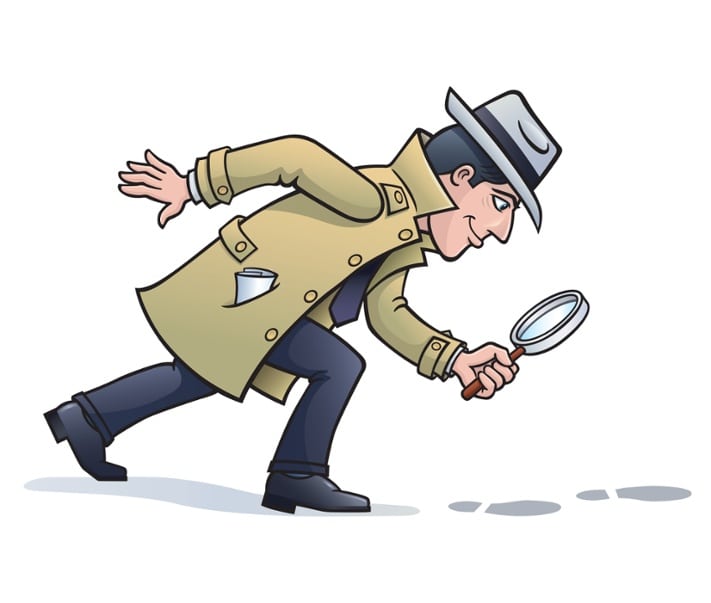 CCSS.ELA-Literary.RI.4.1: Refer to details and examples in the text when explaining what the text says explicitly and when drawing inferences from the text.

Instructing students on CCSS.ELA-Literary.RI.4.1 with “Refer to details and examples in the text when explaining what the text says explicitly and when drawing inferences from the text” sounds like a bunch of jargon to elementary students. But it’s less intimidating if we explain the concept in kid-friendly language by stating something like “When we read today, we’re going to find out what the author is really trying to tell us by using clues.”

In an initial introduction to inferences, I prefer to start off with a non-literary example that’s relatable and simple to dissect for the age group. For instance, with fourth-graders I might share something like “Lynden groaned when he saw that mashed potatoes were on the lunch menu for the day,” followed by questioning such as “Do you think Lynden likes to eat mashed potatoes? What can you infer? How do you know?” Students would likely say something like “Lynden was unhappy or upset about the lunch menu choice because he groaned when he saw what it was.” Then, I would follow with the same scenario but challenge students to replace Lynden’s reaction to show what it would be like if he was overjoyed, curious, or indifferent about the lunch choice. Drawing on this example by having students alter the emotion and then justify their answer with evidence is a concrete approach to teaching inferences.

Extending this activity by having students create their own inferential situations cooperatively builds the anticipatory set for expository reading. It also allows for student choice, which increases engagement. It’s important to dive deep with inferences instruction because making inferences is a complex concept. In my teaching years, I’ve encountered students who were certain they made an inference but in actuality they restated what the author wrote or identified the obvious. Referring to the example with Lynden and the lunch menu, a student who’s working toward proficiency with the inferences standard might conclude that Lynden is going to eat lunch. That’s correct, but it’s the obvious answer. Correcting these types of responses on the first instance they occur is best, otherwise a doorway opens and out streams a pathway of responses such as “I infer that Lynden has eyes because he read the menu,” or “I infer that Lynden eats food.” It could go on, and on, and on . . .

Using prompts that strengthen a student’s application can halt the endless falsities. Example: “How does the character feel about this? How do you know?”

Wordless picture books are another engaging method for teaching inferences as well as formatively assessing students. Not only do wordless picture books eliminate the reading barrier—which would allow a teacher to determine if a student could apply inferences without the hindrance of reading challenges—they also bring a choice factor because pictures offer multiple perspectives.

In what ways do you teach inferences to your students?