Trump U – A Controversy 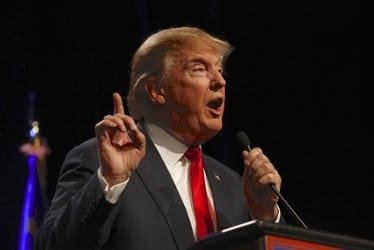 CNN is running an article entitled “Ex-employees on Trump University: ‘A Fraudulent Scheme’ and a ‘Total Lie.’” The article begins: “In sworn statements released this week as part of a federal class action lawsuit, former employees complained of unethical sales techniques, unqualified instructors and widely unsatisfied students. ‘I resigned from my position in May 2007 because I believe that Trump University was engaging in misleading, fraudulent and dishonest conduct,’ said Ronald Schnackenberg, who said in his statement he had been a sales manager for six months. He said he believed it was a ‘fraudulent scheme and that it preyed on the elderly and uneducated to separate them from their money.’”

The article also states: “Sworn statements also unsealed this week from Trump University employees defended the school’s record. According to Mark Covais, director of operations, thousands of students received full refunds, including hundreds of those who had paid the top fee of $35,000. And he said that evaluations collected from the students showed 97% either gave it the top score, or nearly the top score, for satisfaction with the program.”