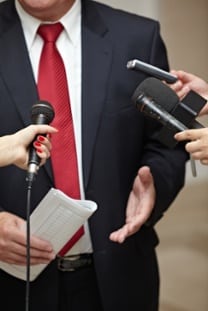 Bloomberg has published an article titled “Backlash Grows Over Trump’s Comments on Dead Muslim Soldier’s Parents.” The article states that “Donald Trump resumed his war of words with the parents of a fallen Muslim-American soldier, writing on Twitter that by questioning whether the soldier’s mother was “allowed” to speak at the Democratic National Convention because of her Muslim faith, he was making an understandable response to having been “viciously attacked” during her husband’s speech.” The article further states that Trump’s main opponent, Hillary Clinton, has “seized on Trump’s weekend of troubles.”

Khizr Khan addressed the Democratic National Convention on Thursday about his son, Army Cpt. Humayun Khan, who was killed while serving in Iraq in 2004. Cpt. Khan’s mother stood silently on the stage, while her husband asked whether Trump had ever read the U.S. Constitution, and suggested Trump has “sacrificed nothing” for the United States.

The article explains that Trump replied “‘I was viciously attacked by Mr. Khan at the Democratic Convention. Am I not allowed to respond? Hillary voted for the Iraq War, not me!’ …The billionaire’s reference to his own experiences spawned a trending Twitter handle on Saturday, #TrumpSacrifices.”

The article points out that Trump’s response—which included an accusation that Khan’s speech was written by the Clinton campaign—has received negative remarks from many influential Republicans. “‘If you’re going to be leader of the free world, you have to be able to accept criticism, and Mr. Trump can’t,’ said South Carolina Sen. Lindsey Graham, who has been a leading critic of Trump since dropping his own presidential bid in December.”