The News is Wrong and President Trump Proves It 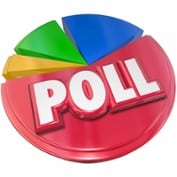 The New York Times is running an article entitled, “News Media Yet Again Misreads America’s Complex Pulse.” The article states, “Journalists didn’t question the polling data when it confirmed their gut feeling that Mr. Trump could never in a million years pull it off. They portrayed Trump supporters who still believed he had a shot as being out of touch with reality. In the end, it was the other way around.”

The article continues, “You have to wonder how different the coverage might have been had the polls, and the data crunching, not forecast an almost certain Clinton victory. Perhaps there would have been a deeper exploration of the forces that were propelling Mr. Trump toward victory, given that so much of his behavior would have torpedoed any candidate who came before him…Maybe we’d know a lot more about how Mr. Trump’s plan to build a wall along the southern border would fare in Congress, or what his proposal to make it easier to sue journalists might actually look like. How about his plan to block people from countries with links to terrorism?”