Role of Yellow Journalism in 2016 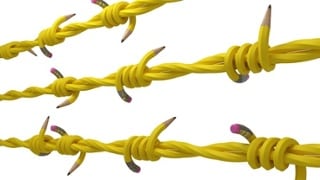 The Washington Post is running article entitled, “For the ‘New Yellow Journalists,’ Opportunity Comes in Clicks and Bucks.” The article states, “At a time of continuing discussion over the role that hyperpartisan websites, fake news and social media play in the divided America of 2016, LibertyWritersNews illustrates how websites can use Facebook to tap into a surging ideology, quickly go from nothing to influencing millions of people and make big profits in the process. Six months ago, (Paris) Wade and his business partner, Ben Goldman, were unemployed restaurant workers. Now they’re at the helm of a website that gained 300,000 Facebook followers in October alone and say they are making so much money that they feel uncomfortable talking about it because they don’t want people to start asking for loans.”

The article continues, “Goldman and Wade often tell each other they aren’t creating anything that’s not already there, that they’re simply fanning it, that readers know not to take their hyperbole and embellishments seriously. And even if the comments suggest otherwise, they try not to pay them too much attention. People will say anything on Facebook, they remind themselves. They tell one another they’re only minor participants in a broader “meme war” between outlets such as The Other 98% (other98.com) on the left and Nation In Distress (facebook.com/NationInDistress) on the right, but then they see the protests in the streets, the divisions in America, and wonder if their work is making things worse. What if one of their readers actually does harm Soros? Would they be complicit? Is their website dangerous? Or is it savvy entrepreneurship? Their opportunity?”