The teaching of social studies, history foremost among them, has long been assailed as little more than a forced memorization of a grand compendium of dates, places, and figures.

The saga of “how our parents and grandparents learned/were taught” the history of the United States usually included a very detailed (but hardly nuanced) story with a more-or-less finite beginning (Columbus, Jamestown, the Pilgrims at Plymouth Rock), a middle (the Civil War, Emancipation, Reconstruction) and a satisfactory conclusion (WWII, end of the Cold War), accompanied by the uncertainties of the respective present generation, depending upon how old you are/were: (Vietnam and Watergate, 9/11, the Great Recession of 2008-9).

It seems that every teacher I had in the social studies was adamantly against the rote memorization of facts and bemoaned that this was not how learning was best accomplished. Yet, year after year, the classroom work and assignments were routinely similar: textbook readings, lectures (accompanied by furious note-taking), perhaps a film or slide-show.  Maybe there would be a  longer writing assignment per quarter that required some actual research. Testing usually consisted of multiple choice,  fill-in-the-blank, and short answer items, with a venerable essay response tacked at the end. It was in these assessments we were expected to reproduce the factual knowledge to which we had been subject, in chronological order with sufficient attention to detail. Making connections to current events was not necessarily important and developing moral or civic character was quite often an afterthought.

During the late 1980s and early 1990s, continuously falling standardized test-scores, both comparatively among U.S. students, as well as versus other industrialized countries’ students, led to increased public and academic awareness of the deficiencies of this type of learning.

Sam Wineburg’s significantly influential 2001 book Historical Thinking and Other Unnatural Acts rocked the generally-staid social studies world by challenging the traditional argument  that there is only one true national narrative (and one way to teach it). It was as a result of this provocation and the debate that followed  that substantive changes in the approach to teaching history (and most of  the other related social studies subjects) began to take root.

While Wineberg acknowledged the important role of collective memory, his theories concluded that, oft-times, it was the set of accompanying essential questions so ingrained in the subject’s wherewithal (“Who did what? When?”) that were off-target.  Of course, it was this same set of questions which informed the factual data that students were supposed to be able to reproduce. However, over time (and several generations of students rhyming “1492” with “ocean blue”), the focus became placed solely on these details, where their meaning and context were essentially lost.

One palpable result from Wineberg’s work (and that of like-minded educators) was to prod teachers to create curricula and lessons that increasingly encouraged students to see or experience something from the perspective of the people whose actions they are studying in order to develop a deeper, more complete understanding of what they had done (and, perhaps, why they had done it!).

“Whenever students produce, perform, or present, they are participating”

Building off these theories, the National Council for the Social Studies (NCSS) began work in 2010 on developing new and different strategies for approaching the fundamental themes and objectives in the core social studies disciplines. The result was the C3 Framework.

One of the more salient aspects of the new C3 stratagem is the prominent role that performance tasks or project-based learning play as tools for evaluating social studies learning objectives. This, as opposed to  having students merely regurgitate facts that they were force-fed through an overreliance on lectures, textbooks, and standardized testing, marks a watershed moment for social studies education:

“Performance-based assessment, often seen as student generated exhibitions, demonstrations, essays, debates, or oral presentations has powerful implications for the teaching and learning of social studies, meeting the Common Core State Standards, and similarly, preparing students for the 21st century. Unlike multiple-choice tests, performance-based assessment tasks enable students to demonstrate understanding by constructing knowledge through disciplined inquiry and critical thinking. Authentic assessment and project-based assessment seek these same objectives and, in addition, requires students to use knowledge and skills in ways they can be used in the “real world” in meaningful contexts that are valuable beyond school. Research confirms that students engaged in authentic instruction and assessment demonstrate higher achievement than students who experienced lower levels of authentic instruction and assessment, consistently for grades 3 through 12, across different subject areas, and for different students regardless of race, gender, disability status, or socioeconomic status.

Working with the end in mind, social studies educators should consider moving toward wider use of these assessment measures that capture these goals for students.”

(National Council for the Social Studies)

To this end, we are witness today to a whole host of new hands-on problem-solving activities and performance-based assessments inside (and outside of) the classroom. Evidence of ths can be seen in teacher-friendly internet forums that discuss academic trends, such as NCSS newsletters and even Pinterest boards, where examples, suggestions, and ideas are plentiful.

What does this mean?

One result of these new tactics is that students are thinking about social studies-based facts in different ways. It’s not enough to be able to merely identify the 4th, 5th, and 6th Amendments. Today’s students should be able to use the understanding of them to point out the limits of the state’s power over a citizen in a class’s mock courtroom. The laws of supply and demand become significantly more tangible when students in role-playing “markets” learn that certain products/commodities have a finite volume or number.

There’s also something else to like about this approach: the attraction of the participatory element, or  the “ownership” of the values of production, including (especially germane to this discussion) the content!

In order to meet a specific benchmark asking students to describe the impact of the battle of Gettysburg, my 11 year old daughter and her classmates can make “movies” for her history class on her iPhone (of better audio and video quality than many of the filmstrips or slide-shows I was subject to when I was in middle school, I should add).  However, not only are she and her classmates more inspired to do the necessary research to “get the facts right” for their project, but a sense of personal fulfillment and pride in their work often leads these students to uncover the human element that transcends the mere recitation of names, places, and dates.

Stephen Gibson is the Content Area Director for Social Studies at A Pass Educational Group, LLC.

← Prev: Constructing Curriculum for Career Colleges Next: Where to Put the Ottoman →

It is happening: the art of the written word is dying. With the growth of technology and the push to digitize... 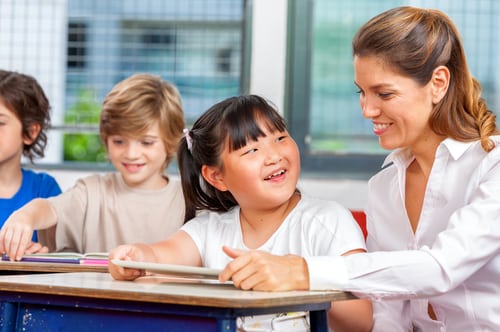 The Worst Fake News Story in Education Ever: Those Who Can’t Do, Teach Any professional associated with education... 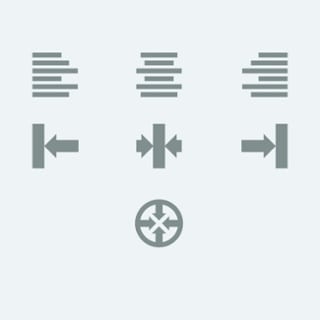 When it comes to writing good history curriculum, there are a handful of universal truths that cross all of history’s...