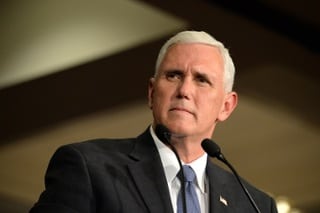 Politico is running an article entitled, “Pence’s Power Play.” The article states, “(Mike Pence) may not have the power or mystique of Dick Cheney, but it’s clear that (he) is already assuming a serious and workmanlike role as vice president-elect, shoring up Trump’s weaknesses in governing and intraparty relationships.”

In comparing Pence to George W. Bush’s vice president, Dick Cheney, the article adds, “Pence, by contrast, is more a creature of the conservative movement than of the corridors of power. He has always described himself as ‘a Christian, a conservative, and a Republican, in that order.’ He spent years at a conservative think tank and as a talk radio host before getting elected to Congress in 2000 and serving a rocky term as governor. While well versed in conservative politics and ideas, he lacks Cheney’s command of the executive branch and his “killer instinct,” as one Republican lobbyist put it.”