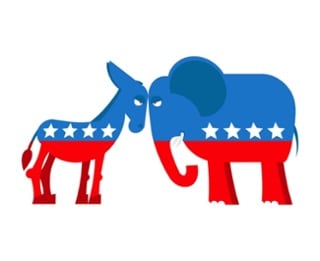 Los Angeles Times has published an article titled “Obama says Trump is ‘unfit to serve,’ and Trump threatens to walk away from leading Republicans.” The article states that President Obama pointed out the repudiations of Trump by leading Republicans was undermined by their continuing support for his candidacy overall. “There has to come a point at which you say, ‘Somebody who makes those kinds of statements doesn’t have the judgment, the temperament, the understanding to occupy the most powerful position in the world,’” said the president.

The article goes on to point out that Trump’s personal relationships with many Congressional Republicans present a challenge to the party’s success in the upcoming elections. Trump has questioned the leadership provided by Paul Ryan in the House of Representatives, and a spokesman for Ryan replied that he has not sought an endorsement from Trump.

The article further explains that Trump has taken “a harder line” when it comes to Arizona Sen. John McCain, who has a reelection campaign for his Senate seat in 2016. “I’ve always felt that (McCain) should have done a much better job for the vets,” Trump said. Trump also claimed that New Hampshire Republican Sen. Kelly Ayotte has offered him “zero support” in the state after Trump won the primary there earlier this year.