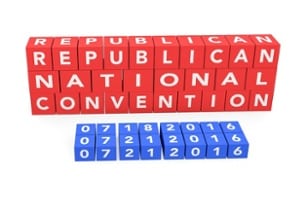 The New Yorker has published an article titled “Melania Trump’s Michelle Obama Moment.” The article points out that when Melania Trump, the wife of Republican presidential nominee Donald Trump, gave a speech on the first night of the Republican convention in Cleveland “one paragraph was so similar to Michelle Obama’s speech from the 2008 Democratic National Convention that it was hard to imagine that the resemblance was accidental.”

The article explains a section of Trump’s speech in Cleveland “spoke of being raised with certain values: ‘that you work hard for what you want in life, that your word is your bond and you do what you say,’ Melania and Michelle both said.”

The article goes on to state that “A few sentences later, Melania said that the only limits to ‘your achievements is the strength of your dreams and your willingness to work for them.’ Eight years before, Michelle apparently had the same thought; the only difference is that the word ‘reach’ is substituted for ‘strength.’”

The article further points out that Trump’s campaign chairman dismissed allegations of plagiarism of the speech as “crazy” and claimed that Trump had used “common words” during her speech. Melania Trump claimed to have written the speech herself, and the Trump campaign stated that a “team of writers” had worked on her speech in advance.