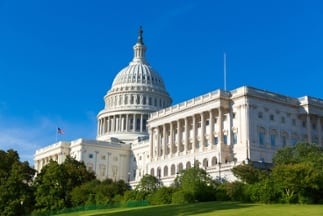 The Los Angeles Times has reported an article titled “Atty. Gen. Loretta Lynch deflects questions about Clinton emails.” The article points out that her testimony came in the aftermath of the FBI’s recent decision to not prosecute former Secretary of State—and presumptive Democratic presidential nominee—Hillary Clinton for using a personal email server to conduct government business. The decision followed a personal meeting between the Attorney General and former President Bill Clinton.

The article explains that Republican members of the House Judiciary Committee pressed the attorney general to explain why no charges were being brought by the Justice Department for behavior that has been characterized as “reckless.” The attorney general stated that the final decision about prosecution was made by career FBI agents, rather than political appointees. Her refusal to personally analyze the case angered Republican members of the committee and was described by one member as “an abdication” of her responsibilities under the Constitution.

The article also points out that Democratic members of the committee focused instead on recent gun violence in Orlando, the killing of police officers in Dallas, and the need to repair relationships between police and minority communities. They also accused Republican committee members of keeping the issue alive in order to damage Clinton’s presidential campaign.