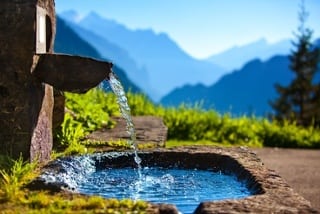 Civics curriculum is some of the most universally taught social studies material in primary, intermediate, and secondary schools, both public and private. From basic knowledge about the branches and units of government to the more complex system of checks and balances, Civics is a readily identifiable sub-discipline within the social studies. Unfortunately, this high exposure is due partly to late-night television hosts mocking a randomly selected person on the street for saying there are 51 states or that Ben Franklin was a president. The good news is that curriculum writers can play a pivotal role in heading off these cringe-worthy moments. Writing great a civics lesson is as easy as these five steps:

1) Don’t Start from a Blank Page

The finest scholars and authors in the field of government and politics have created practically every piece of curriculum material needed. In fact, these learned authors often offer their material for educational use and adaptation. This is not encouragement to plagiarize. Rather, it is an acknowledgement that the three branches of government, for example, can only be uniquely written about in so many ways and that it is best practice for curriculum to stand on the shoulders of giants. Clients expect respectively sourced and mainstream sourced material because the end users, often subject matter experts themselves, are going to at least tacitly dismiss curriculum that they see as flawed. For example, if there is a need for established material about the Legislative Branch, check out resources such as Dr. George Edwards’s “Oxford Handbook of the American Congress.”

In the hectic, usually voluminous, profession of curriculum writing it is easy to start using terms interchangeably. One of the most common offenses is the use of the words Democratic and democratic. The subtle capitalization will escape the eye of most readers, even professionals, but these words are entirely distinct from one another. The former pertains to a political party while the latter is an adjective for a form of government. Curriculum writers should think of themselves as a spring of information. If that information is of high quality, it will make its way through the creeks and rivers with positive effect. However, if the information coming from that curriculum writer’s pen is nonspecific and inaccurate, then it is likely that poor information will permeate throughout the instructional community, all the way to the students.

3) Civics and Government Really Are [Almost] the Same

Civics is typically taught during the latter primary years or early intermediate years. Civics curriculum will include all of the most fundamental and foundational vocabulary and concepts having to do with the way governments work and the roles of citizens. The more intensive details regarding the structures and processes of the U.S. government and policy development are not normally taught until the latter secondary years. The two differ in terms of the depth and complexity of the content and how far students’ understanding can reasonably go. The crossover for curriculum writers to keep in mind is that everything a civics curriculum writer includes is going to be the first, and longest, exposure students have to the basics, so getting them perfect the first time is imperative.

The blunt truth is that there are some pieces of information that kids just have to learn. Before they can understand much else about the Congress, they need to know that there are 435 members of the House of Representatives and 100 Senators. There is no analytical or descriptive explanation necessary for teaching these pieces of trivia. Whereas later on, the U.S. government curriculum will explain the philosophical underpinnings of those numbers’ origins, the civics classroom is the place where students need to know the information unequivocally. If you want to evaluate this learning, consider including tools such as the U.S. Citizenship Test for teachers to use in their delivery of civics curriculum.

There is not a single state in the U.S. that doesn’t require civics as part of its state-mandated curriculum. Consequently, all 50 states have different ways of measuring learning for civics. These standardized tests take many formats, but there are constants that a civics expert can expect to be on all 50 of the evaluations. The National Council for the Social Studies has consolidated the curriculum standards for civics and organized them by grade level here. There is no need to feel around in the dark for answers as to what the students “need to know for the test.” 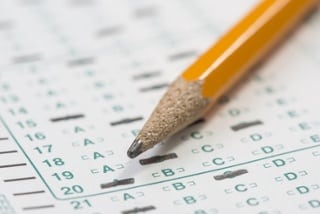